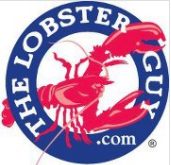 We’ve been LobsterGuy customers for seversl years now, as we were for this New Year feast to kick off the new decade. And for a good delicious reason. LobsterGuy’s always pleasant, efficient and completely trustworthy service, and of course those yummy lobsters are a good reason to keep ordering from them! Love it!
Paula Fussell
2019-10-25 11:41:33

Top notch! The packing was perfect to secure our 4 live lobsters, the steamers had them for breakfast)were All alive, and not broken shells! Bisque and chowder delish, the package with the forks, crackers, bibs, was a Very nice extra! Will definitely order again! Thank you for delicious Maine lobsters in Florida!!
TL Pariseau
2019-02-08 00:32:41

We ordered 12 lobsters, 5 quarts of littlenecks, and a gallon of clam chowder for a Colorado Super Bowl party in honor of the Patriots. Arrived on time. Lobsters so fresh that it was hard to keep them in one place! Made lobster bisque and lobster rolls with the lobsters. Meat so sweet, juicy, and tender that the rolls were devoured in a half hour. Clams were extremely fresh and clean. 2 days after arrival, I removed one dead and one broken clam before steaming them in white wine. Every single clam opened perfectly and was absolutely succulent! Clam chowder was outstanding! Loved the small pieces of potato and quantity of clam pieces. Creamy and delicious. Thank you, Captain Tim, for making our party especially memorable. Tim Pariseau, Commerce City, CO
Fried Clams 14
2018-05-17 15:21:09

The Lobster Guy Sells Just About Everything A Seafood Lover Could Want!

If you crave New England steamer clams (Soft-shell) but live too far away from this part of our country, you can now stop craving and start ordering! thelobsterguy.comHaving been born and raised in New England and now living in North Carolina, I couldn't find a soft-shell clam anywhere. Thankfully, though, my husband found The Lobster Guy online and ordered 4 quarts of steamers for my birthday several months ago! I'm now in Heaven. Lol. We've been ordering from The Lobster Guy ever since, and each insulated shipment of live soft-shell clams has always arrived on time, intact, well-packaged,...and with clams very much alive! (As well as very tender when steamed/fried!) :)Yes, there will always be that clam that didn't make the journey. But out of each order of 4 quarts of clams (with each of my quarts holding anywhere from 14 - 18 varying sizes of clams), I've only had to toss out two to four clams each time. Not a bad percentage at all for live food being shipped from Maine to North Carolina. BTW, if you're craving fried clams with big bellies, don't go without. Simply order your live soft-shell clams from The Lobster Guy. Then go online and get the recipe for either the Clam Box's or the Clam Shack's fried clams mixture/batter, and make everything yourself. :) The only problem I've had is with FedEx! One of my orders was brought to a neighbor's door instead of to mine...WHILE I WAS STANDING OUTSIDE, WAITING FOR MY DELIVERY, AND WATCHING THIS! Another order was not delivered by the advertised 10:30 a.m. but, instead, at 11:30 a.m. Upon calling FedEx about this late delivery of live food, FedEx stated that their drivers are allowed to deliver such items up to one hour after the designated time. Just something to keep in mind. BTW, we also found that The Lobster Guy has the best Specials and prices around! We'll be doing business with them for as long as they keep selling great seafood and I keep having cravings. Lol. Hmmmm...a lobster sure sounds pretty good right now.... :) *****************************************************************************One thing that might help others to keep their losses down is to not make the mistake of thinking a clam is dead just because its shell is open or broken up a bit. The warmer a clam becomes, the wider he opens that shell in an effort to cool down. And while the vast majority of steamer clams will arrive with intact shells, these clams are notorious for having their shells break while being dug up and during handling. So how do you figure out if a soft-shell clam is alive or dead? Easy. Just take the blade of a regular table knife or, preferably, a shucking knife and gently poke the clam anywhere between where the top and bottom shells meet...or should meet. If the clam is alive, it will start to close its shell, broken or not. But if there's no movement and the shell stays open, he's dead and has already gone to that Great Clam Festival in the Sky.

Lobsterguy, the real "lobster fisherman!" a fisher man who hunts and sells majorly but not exclusive lobsters, their collection of marine animals also include the finest Shellfish, Sea Scallops, and Shrimp sourced from local fishermen.

How to redeem Lobsterguy Discount Code